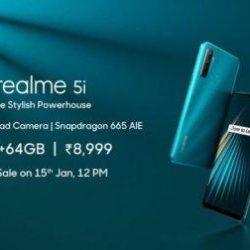 Realme 5i has been launched in India on Thursday. The new Realme 5i phone is a watered-down version of the Realme 5 that was launch in India in August 2019. The company has brought the Realme 5i in Vietnam this week only that detailed its design and specifications ahead before launching in India. Specification of Read more about Realme 5i- Specification and Price in India[…]